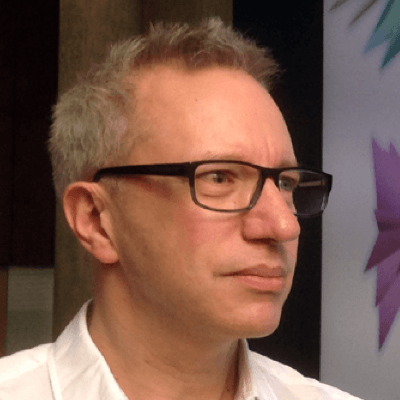 We live in the future

Take a moment to look around you and you’ll see we’re continually surrounded by magical objects, systems and devices ripped from the pages of a Ray Bradbury novel.

Giant image walls that feed us information and entertain us in our homes; impossibly small, wafer-thin screens that fit in our pocket and connect us to people and services no matter where we are; interfaces that can be controlled by seemingly manipulating the air around us; personal desktop thing-making machines that can make physical objects appear at the press of a button. These are all things which are everyday and commonplace — or soon will be, sometime around tea time next week.

However, within this world of multifunction-do-anything devices I believe there is still a beauty in an object that does one thing and one thing well; a beauty born from being selfish and single minded; that celebrates its simplistic arrogance. The older I get the more obsessed I become about simplicity and the removal of superfluous details so a product or service can be as perfect as it can be. In order for me to become better, and make better more simplistic things, I have to do two things — learn and make. Learning for me means observing and soaking up the often humble yet beautiful objects that we bump into everyday. Like the genius of the pull-tab on that can of Coke, the brilliance of the flat-bottomed brown paper bag, or the quiet elegance found in a pencil — an object with so much affordance built into its form that it’s scary. How many objects do you know you can snap into many parts and it still work? Of course, none of these things have anything to do with so called web design yet are everything to do with design and user experience.

However, the most important thing for me to do to become better is to simply make. I have to practice the craft of making in many forms, whether that’s making a website, making an iPhone app, making a hand-made paperback notebook or making something with Play-Doh. Making things is good, equally ideas without making are just intentions and intentions never changed anything.

So, born from my obsession with the concept of “an object that does one thing and one thing well”, I’ve been exploring the idea of creating objects that are a celebration of less features = better product. From a design process point of view it’s paradoxically much more liberating working within a set of predefined constraints, none more so than a product that only does one thing.

FIDO (Frugal Internet Data Object) is an Internet connected display system that uses laser engraved wooden discs to communicate information. In its present form FIDO displays the day’s weather forecast for Manchester (where I work) in the form of icons together with a coloured light that matches the temperature chart from The Weather Channel. When the button is pressed the box goes onto the web, gets the information it needs then rotates the disc so the relevant icon is shown through the single hole on the front of the box. It’s what I like to think of as a curiously selfish cube, comfortable in its single-minded mission to do one thing.

The use of laser engraved wood within the design is an extreme constraint that I imposed on the design. It would have been far easier to create an LCD display but I already have one of those — it’s called a phone. LCDs also allow for more flexibility yet I weirdly wanted less flexibility. It forced me to think of a design solution that had real finality to it; there was no way I could change my mind on the design of the icons or what those icons were once the laser burnt the graphics into the wood. I really liked that, especially coming from a digital space that is so easily changeable.

But what I love about this box is its outward simplicity. Press button, get answer, get on with your life. Not, “choose options, press one for that, two for this” or any of that nonsense. Simple as it can be, though lets not forget, you could just look out of the window — that’s the simplest form of weather fore- cast! The idea though is this box could be anything. Change the discs, change the logic that it connects to, and boom — a simple Internet connected object that does it’s job without fuss.

The process of making FIDO and other other things like it, be they physical or digital, continues to educate me about the importance of simplicity and how good design is not about adding things but is always about taking things away.

Brendan Dawes is an artist and designer exploring the interaction of objects, people, art and technology using an eclectic mix of analog and digital materials.

This article was commissioned for our January 2011 magazine. Like it? View all articles, grab our RSS feed, and subscribe to our newsletter.