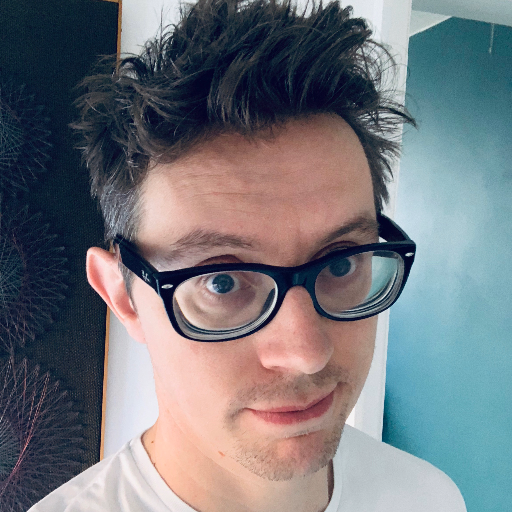 We gave Daniel free rein and he came back with a sort of The Secret Diary of Adrian Mole — but for web designers, and mercifully shorter.

Look at me, I have a weblog! Just what I need! It’s like what that Plastic Bag fellow has. The opportunities are endless. I’ll chronicle life in 21st century Britain, like Samuel Pepys two-point-oh (everything is two-point-oh these days). Binkythedoormat.com: my own personal soap-box from which to tell everyone about the brilliance of Johnny Boy’s You Are The Generation That Bought More Shoes And You Get What You Deserve. It’s vital that I get on board the Johnny Boy thing now. They’re going to be massive and I want to say I was there, there at the beginning. This is a new dawn. My words will echo through the ages. I am popular culture. I am the news. Fourth estate, I am in you.

Blogger is brilliant, but ... that’s weird. I’m sure comments are enabled. Where are all my comments? Surely all my millions of visitors want to eloquently respond to my witty outpourings? Does nobody care? Maybe if I just have a quick redesign of the site, that’ll help. Just a bit of a refresh, a bit of a fonty tweak here and there, then I’ll have an elegantly designed vessel that’ll last me for years. No need to touch it again, just focus on writing posts. It’s all about the content. And the comments.

Wordpress is brilliant, but ... shitting-bastarding-crappy-crappy-HTML-bastards. It’s all very well writing all these words for my loyal audience of (it turns out after some investigation) quite literally dozens, but if I can’t make that heading there line up with that banner there, it’s all a waste of time. SHIT IT. And, oh good, yet another obnoxious comment on that Frances Bean Cobain post. How utterly wonderful. I don’t know why I’m even bothering with this. I should be focusing all my attention on my new MySpace page. Now that is a thing of true beauty.

It’s been three years now and not a single person has congratulated me on naming my blog after an obscure REM album track. And looking at these new-fangled analytics (as if that’s even a word), it would appear that the vast majority of my visitors are only here because they’re looking for the lyrics to that song. I’m basically putting a lot of time and effort into disappointing people who have trouble with Michael Stipe’s enunciation. Well, it’s a niche I suppose. From now on I shall cleverly title each of my posts with the name of an REM song. Or maybe I’ll just put the bloody Binky the Doormat lyrics on here and be done with it.

Typepad is brilliant, but ... well, its not that flexible, design-wise, is it? It’s making the fort- nightly redesign of my site (now newadventures-ingraphicdesign.com – it has a certain ring to it, no?) awfully difficult. I should probably write a post at some point. Maybe I’ll write a post about redesigning the site! I shall make this a blog solely about this blog. I’ll blog about blogging about blogging about blogging until it’s nothing but HTML white noise. Or maybe I should have a little break before I go insane. This blog is sucking my life away. I need something less time-consuming. Wait, what’s that over there? “Twitter”, you say?

Tumblr is brilliant, but ... WE’RE SORRY, 2009 IS CURRENTLY UNAVAILABLE. OUR ENGINEERS ARE WORKING QUICKLY TO RESOLVE THIS ISSUE.

Squarespace is brilliant, but ... what am I blog- ging about? My site has a catchy new name – swisscheeseandbullets.com (those previous URLs were just far too obscure) – but it needs focus. Now I could either focus the content on a specific subject matter (I’m a graphic designer ... maybe I should write about graphic design? No, too obvious), or I could just worry about what the site looks like. Yes, that’s it. Content and legibility be damned, pure aesthetic is where it’s at. From now on, it’s minuscule type and monochrome images only. Even if I’m blogging about a rainbow exploding out of a peacock’s bum during Mardi Gras, it’s going to be accompanied by a black and white picture. Ideally of some concrete. In snow.

Oh good crikey, Stephen Fry just tweeted a link to my blog! Look at that spike in traffic! I’ve made it. For one afternoon, thousands upon thousands of people from across the globe visit my site for a few seconds before realising they don’t actually care that much about how proud I am of my charitable facial hair. This is incredible! This is what it’s all been for! Oh boy, this must be what accomplishment feels like. I might call my mum.

Time to get to the bottom of this whole ‘responsive design’ malarkey. Right. So. Where do I start? Something to do with percentages and decimal points and ... hmmm. At some point in the last ten years I really should have learnt how to code. I can design and write all I want, but I code like an obnoxious tourist, madly gesticulating and shouting a handful of inappropriate foreign phrases until something, anything happens. Another solution: rather than make my site responsive, I’ll just redesign it every three hours, and then visitors will just assume it’s responding to them in some exciting new dynamic way. Next year. Next year I’ll learn how to code. Or maybe I’ll buy a fresh developer brain off eBay and make some kind of casserole out of it, rich with nutritious codey knowhow. Or I could leave it. Yes, probably that option.

Here we are. Everything looking ship-shape and Bristol fashion. A fine archive of posts, a design I’m happy with, and a nice grown up boring URL (danielgray.com) that makes sense to those who just don’t understand clever pop-culture references (philistines). And so to work! Let the words pour forth from my eager fingertips – the Johnny Boy revival starts here! But ... hmm ... maybe just a little fonty tweak first ... just to make sure it’s perfect ...

Daniel is a freelance book designer based in York, UK. He also writes a regular column for Creative Review and a newsletter about design called Meanwhile.

This article was commissioned for our January 2013 magazine. Like it? View all articles, grab our RSS feed, and subscribe to our newsletter.