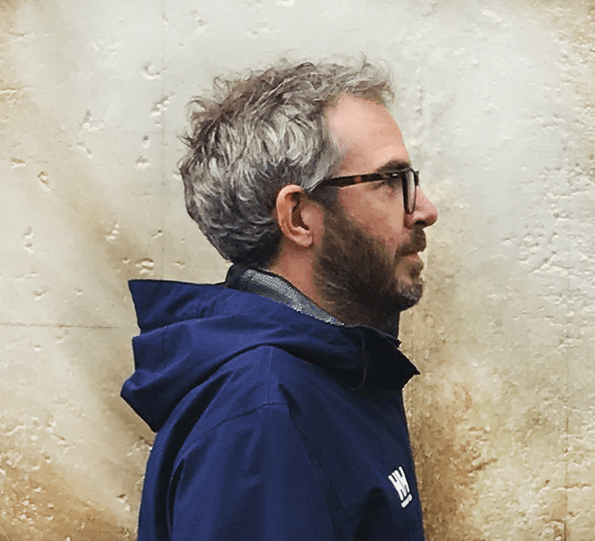 Yes, it's the last New Adventures in Web Design, but not necessarily our last adventure. More on that later. First, let's go back a few months.

Familiar tale: this nearly didn't happen. Spring arrived and I was again unsure whether we could or should do it. You may recall that I'd toyed with the event being a one-off, but that Greg had convinced me we should go ahead. Of course, he was right. Without question, since Greg came on board my workload is less and the event much smoother, but even so I had my doubts about a third.

For some reason, I couldn't picture it. I dreaded the months of work on top of existing and new commitments. I also had an irrational fear that something big could go wrong. As we go to press all is well, but perhaps apocalyptic snow drifts or a volcano will yet scupper our plans.

I also wondered what more we could offer within our relatively narrow seam of thoughtful design discussion with a web design audience. Numerous themes and topics have been done to death recently, and I was fearful of adding more noise, or simply putting on the event for the sake of it.

To add to my concerns, we got off to a difficult start this time. We launched six weeks later than planned. Some speakers had to decline our invitations. There have been unexpected cancellations and logistical problems. The list is long.

Still, like all worthwhile endeavours, everything suddenly came together. There's a moment when the workload seems insurmountable but suddenly gets surpassed by a tsunami of excitement, and that's worth every ounce of effort.

We're especially grateful to Laura for joining the team and diving into the less glamorous aspects of organising a conference. Her help has been invaluable, leaving Greg and me to focus on the bigger picture, specifically having silly ideas and designing stuff.

We're thrilled to have Jason Santa Maria and Jessica Hische joining us (I've been bullying those two for ages), and ex-Apple chap Tyler Mincey exploring collaboration in design. I met Tiago Pedras in Porto, where he teaches at an extraordinary art and design school, and just had to invite him over.

Jon Tan is the only person to take our stage twice, and he was the first person we asked as his recent type explorations are wonderful. And, for the first time ever, we actually have code on screen, courtesy of Seb. But it's no ordinary code, and we think it'll be a great fit on the day.

I could justify every speaker, and talk more about our brilliant workshops, but space is tight. Let's just say we love this lineup. The topics are varied, but we hope there's a noticeable theme around taking risks, overcoming obstacles and making positive changes. If you're restless or seek more rewarding work, we hope to push you closer to doing something about that.

We're thrilled The Heads of State found time to design our cover. I've long been a fan of their gig posters and book covers and finally met them last Autumn. I asked if they'd do it, and they said yes. Cool story.

You might also be wondering why we devoted a few pages to an interview with ourselves. Well, with this being our fanfare it seemed appropriate to reflect on our highlights and also expose where we failed. It's an honest piece, but hopefully encourages some more of you to hold your own meetups, hackathons, sleepovers or even conferences. Huge thanks to Elliot and Keir for the probing questions.

We've also got our usual mix of illustration and articles alongside all the conference-specific stuff, expertly shuffled into newspaper form by our design backbone and best friend Oliver Wood.

After this week we make a little space for our friends at dConstruct, Reasons to be Creative, Industry, Build (also in its final year) and many more, plus overseas gatherings such as Beyond Tellerrand, Ready To Inspire, Interlink and all the other brilliant events, each deserving of your hard-earned money if our absence should make you weep.

Like the best bands we'll quit before things decline. We're not sure what the future holds, but New Adventures was always designed to work beyond just a traditional web conference, and it may well evolve into "New Something in Something Else". For example, we've long talked of an online publication of some kind.

We're also interested to see how creative folks from outside our expected remit play out to web audiences, which is why you'll find the brilliant Wayne Hemingway on our lineup. He's very much relevant to our themes, but also a litmus test with a view to bringing an entirely unexpected lineup of non-webbies to web audiences; sort of like Brooklyn Beta or dConstruct but without any techies whatsoever. I'd love to put film directors, artists, chefs and a variety of unexpected polymaths in front of you one day.

Conversely, there's also talk of taking web design to non-web design audiences, such as graphic design and print crowds. I presented to such an audience in the US recently and found it incredibly rewarding to discuss the web with the sceptical or uninitiated. The web should seem welcoming and full of opportunity, but often it is misunderstood and undervalued by non-web designers. (Anyway, I "pinky swore" with Jessica Hische about this, so I guess we have to consider the idea.)

Ahead of all that, we're taking at least a year off from any New Adventures activity. Greg and I became full-time partners with Fictive Kin in early 2012, and our ongoing projects are incredibly rewarding yet challenging; they demand a great deal of commitment. Making this event happen on top of all that was insane. A huge thank you to our colleagues for their support.

But enough speculation and excuses. Today you're all with us once again, completing a trilogy of events that we're incredibly proud of. New Adventures in Web Design has given us many moments of pleasure and pride, and when ideas aired at our event permeate the web dialogue beyond the Great Hall and inform our practice, we get a little tingly, truth be told.

So thank you, to every single one of you who supported us across the three events. We've one last incredible day for you, and we hope sincerely that you'll enjoy it as much as we intend to.

Simon is a designer, writer, speaker, and director of New Adventures. He's been making digital products for two decades, and believes designers should bear a greater responsibility for what they create, and draw from a more diverse array of inputs.

This article was commissioned for our January 2013 magazine. Like it? View all articles, grab our RSS feed, and subscribe to our newsletter.