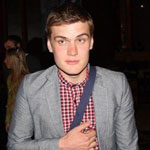 I am sat, staring into middle distance, totally aghast. It’s Friday afternoon on the first week of university and we’ve just been given an assignment. “You must produce a portfolio website, derived from these templates, which will house your work for the following three years.” I’m sorry — what?

There is a great deal of criticism online for how web design is handled in academia. Curriculums are laughably out of date, design courses are taught by developers, students are cut off from the wider web community. Along with the friends I studied with, I went through a similar experience. I was fortunate enough to have spare time to be active within the web community during my studies, so the fact that much of our education was in no way suitable for the pace of the industry was very clear.

Whenever I talk to someone who has had similar experiences, they always seem to have slightly different perspectives on why they found academia failed them. Some people suggest it was their tutors’ lack of industry experience, or the broadness of their studies preventing them from specialisation, or the outdated curriculum. I believe the problem is far more fundamental than that.

I believe more and more every day that web design is becoming a less relevant catch-all term for what we do. Web just describes our medium – ultimately, we are still designers.

The principles and theories that guide us are largely the same as any other design discipline. Good design for us is so much more basic than the harmonious placement of pixels on a screen. That’s why the treatment of Web design as a miscellaneous vocational technical course is so abhorrent.

At university, we were taught to use Creative Suite. If you mentioned grid systems, or typography, or colour theory, you’d be told they weren’t “part of this module.” Edu- cation in this sector is too heavily focused on implementation. It’s build, build, build. You don’t need to consider what’s good or what’s bad, so long as you can replicate the tutor’s example and shoe-horn enough independent creativity in it for it to qualify as yours.

I think course leaders need to take a step back when writing their future curriculums. On the web, the software they teach with is totally, absolutely irrelevant. No two agencies or freelances use the same set up. At Erskine, one Phil uses Textmate, another Vim. More pertinently, the technology they teach is a lot less important than they might imagine. As a medium, the Web moves far more rapidly than academia can hope to keep up with (assuming you’re not lucky enough to have teaching superheroes like Chris and Nicklas of The Web Standardistas, who regularly rewrite their lectures and materials the day beforehand). The focus should be on teaching fundamentals, rather than specific
techniques or technologies. Yes, students should learn to mark up documents in HTML, but it’s worthwhile explaining what markup is, and how to write it well. There was this little thing called the web standards movement which was quite important.

So, instead of a module on Flash, why not teach a module on the fundamentals of typography? The anatomy of type, choosing a typeface for a purpose, learning how to typeset for the web. A module like that would stay with a student for every day of their working career, long after Flash (or Silverlight, or insert any proprietary technology here) is long dead and gone. It would also, I dare say, make them better educated designers.

What worries me most is the potential for academia to create a generation of “jack of all trade” designers who have no particular passion or specialisation. When students are so heavily focused on building and implementation, it’s difficult for them to develop an appreciation for elements of their work that could become a focus for them in their career. Universities shouldn’t be looking to output a group of boilerplate Web designers with the same shallow skill set. That’s not good for the industry, or for the individuals.

The trend to develop this “jack of all trades” is confounded further in many courses’ emphasis on back-end development (which, let’s be honest, is more often than not procedural PHP). The Web as a publishing platform is moving incredibly quickly. How relevant a modest knowledge of one scripting language is, I’m not sure.

Ultimately, what I learned at university was that the best teachers weren’t teachers at all, but people in industry putting their work out there for consumption. I learned more from one weekend with Mark Boulton’s Designing for the Web than I did in three years studying. Good books like that could dramati- cally alter a student’s outlook and knowledge very rapidly. I would implore those writing syllabuses in the future to consider expanding and updating the titles they teach with. Don’t Make Me Think is essential, yes – but it’s not enough.

It’s not all doom and gloom, though. There are people out there making a difference, like The Standardistas and Leslie Jensen-Inman, who are doing their best to introduce reform where they can. I feel like my passion for this topic should lead me to do more, but I don’t think I’m a teacher. What I – and more people in the industry – can do, is make a commitment to inspire and influence today’s students. Go to their campus and speak, run a workshop, create a dialogue. There’s masses of value for both parties, and it’s making a genuine difference. It’s important for students to have friends, con- tacts and role models in industry. Give them shoulders to stand on.

James is a passionate software engineer and manager, and he's spent many years building products, leading teams and teaching. His background in education lends itself to coaching and mentorship, and he cares deeply about building healthy, functional software teams.

This article was commissioned for our January 2011 magazine. Like it? View all articles, grab our RSS feed, and subscribe to our newsletter.